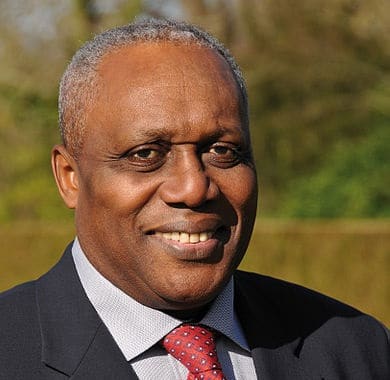 Teacher, specialist in Community law, member of Chatham House, Institute of International Affairs in London, Emmanuel Argo chairs the AMI/Africa Mundus International network. Karib'Info offers you a two-part interview on its vision of the recent Africa-France summit, and the development of African countries.

How do you appreciate the presence of members of civil society rather than that of the presidents of African countries at the recent Africa-France summit?

This is an excellent idea in the logic and sincerity of those who initiated such an approach, except that they are wrong for many reasons. No one is fooled when you know that the participants are handpicked beforehand by the embassies, which are the direct representatives of the heads of state and government. In short, their eyes, their ears and, some would say, capable of unearthing possible political opponents among civil society, and in particular those living in the diaspora: distrust of those who have left the village, neighborhood or country because knowledge, experience, experience indeed develop critical thinking and give inclinations! This narrow view is common. In France, for example, city councilors elected from father to son are convinced of being the natural heirs of public affairs, to the point of managing a municipality like a family asset defended with bribes and prevarications with the help of what is akin to minions. At the Africa-France Summit on October 8 in Montpellier, the leitmotif was to speak the truth. Although absent, the African presidents concerned were nevertheless represented by these young people who were believed to be credulous and withdrawn.

“The initiative to address educated youth is commendable. »

If there had previously been consultations with a representative and intergenerational civil society, there would not have been so many negative reactions via social networks.

Nevertheless, beyond what may be controversial, the initiative to address educated youth directly in a context of migratory flows which is the subject of debate in France, is commendable for addressing issues of economic development since this youth contains within it the leaders of tomorrow, the Global Leaders for Tomorrow. They are the ones who will have to face geostrategic, political and climatic challenges. At a time when we are witnessing the West's loss of influence in major global issues, would President Macron want to initiate an inevitable but delicate transition with regard to a colonial past which has made and still makes the wealth and power of several Western states?

In your opinion, the disappearance of the CFA Franc is possible?

Speaking of the franc refers to the colonial past of France, which has always wanted to maintain its presence on this vast continent despite the independence of Africa. The pressure of young people emancipated from an active civil society experienced in new technologies, moreover, open to the rest of the world with the support of social networks, is now changing the situation. This request, which is not new, is a very strong symbol of emancipation, but if nothing is done as regards the economic and societal emancipation of countries, in particular those which hold mineral and natural wealth that the West and Asia are arguing, nothing will change.

As for us, supported by a group of think tanks from the Africa Mundus International / AMI network, we propose the creation of a pan-African monetary unit indexed on the basis of the price of a Short List of rare metals most in demand in the West and Asia.

This issue of monetary unity should find its epilogue on the basis of a pan-African agreement to meet the normative needs that would benefit a population of more than 2 billion people. Let's not forget that immigration in Africa is above all internal immigration, but also to curb increasingly fierce economic competition with ASEAN, MERCOSUR and other groups of leading countries on the planet.

What would be the consequences?

With the disappearance of the CFA franc, there is a desire for political and economic emancipation and a desire to put an end to French interference. Countries crowd around heads of state and other African decision-makers who now want to choose their partners. But that's not all. Currently, independently of the political question of refugees, that of economic immigration is a concern in Europe; walls stand on its borders; this situation can only be resolved on the condition that African countries emancipate themselves from the IMF, other Western banks and institutions, so that, emerging from these guardianships, their economy takes off. Thus, from being obliged, they will become respected partners of countries that need their mining, natural or agricultural raw materials.

Let's dream a little: assuming that President Macron is driving a transition towards new political and economic relations, African companies will have to be ready to negotiate partnerships on the basis of fair trade to end what seems like for a long time to looting.

For the moment, these countries receive "Development aid" from third countries, to which are added the remittances of money from the diasporas which irrigate the local economies, these Remittances which are the subject of commissions levied by the money transfer industry. I propose that, following the example of the imposition of GAFAM at 15% which has finally been adopted, French companies managing port and airport infrastructures, without forgetting those operating, extracting and exporting raw and semi-finished raw materials, pay a grant (development tax) before shipment to finance the construction and maintenance of local infrastructure. Adopting such measures without delay would show the sincerity of a pragmatic desire for equitable partnership.

“Are we already in transition? »

At this moment in history when new influences will come into play, and so as not to reiterate the injustices of the past, at a time when solidarity and partnerships must prevail over rivalries and trials of strength in the face of the challenges of climate change and demographic upheavals, it is therefore time for transition and anticipation, but above all for respect for partners and dialogue.

One caveat, however: to seduce this emancipated youth, the President of the French is offering a democracy support fund of 30 million euros over three years, aid of 4 million for athletes, or even the creation of a house of African worlds and diasporas. Are we already in the transition? It seems rather that it is unfortunately a policy that is not very innovative and does not break with the habits of its predecessors. Regarding the consequences of the abolition of the CFA Franc, I have confidence in the sagacity of the populations of Africa who are beginning to speak to each other, despite the linguistic barriers which, moreover, are no longer there, especially among the elites. French-speaking countries such as Madagascar, Algeria or Gabon, to name a few, are currently negotiating their membership in the Commonwealth.