For an agreement between the African Union and the European Union 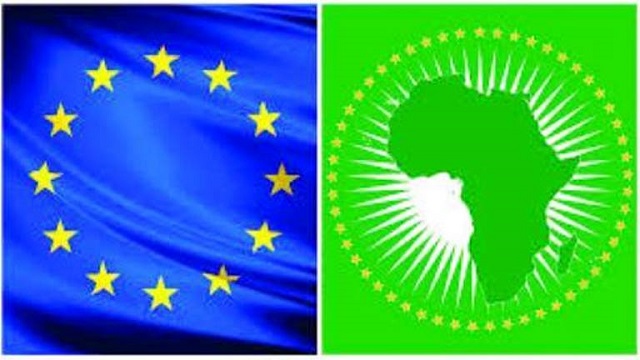 In this writing, Serge Samandoulgou peer of NegroEvolution and Emmanuel Argo, Member of Chatham House. United Kingdom. Author of the NegroEvolution concept and of the Africa Mundus name, declares that “the European Union risks losing definitively the fundamental values ​​which presided over its construction”. Also, he is in favor of a "concordat between the African Union and the European Union".

Attacked from outside as well as inside its own space, the E.U. will weaken without questioning and adapting to current challenges, especially since, from its initial unifying vocation, it has become for many a bank, an arbiter, a censor or a scapegoat. Accused of opaque management, of complicity with lobbies, accused of imposing rules of competition which weaken its members, meddling in everything, interfering everywhere, it seems that the plan to unite nations that were once enemies has given way to a system disconnected from the people, a machine that divides in the face of the economic, social and political climatic changes announced.

We bet that, in the next election, absenteeism will prevail and the political agreements of circumstance will not change anything. Emmanuel Macron, who feels the wind coming, anticipates the subject to try to save what can still be saved.

The majority of European countries retain a mentality inherited from the colonial era. While their old methods are perpetuated, Russia, China and Brazil are employing a completely different strategy. Thus, the price of raw materials drawn from Africa is fixed in the West; states are “kept in the pants” by their debts; aid granted by institutions vassalizes them and to ease their conscience, NGOs manage what results: misery, war, migratory flows... Can we leave it at that?

At the time of the next European elections, we will discuss the reception and distribution of migrants but which will address the subject of a new contract for a fair partnership with the continent which will have, by 2030, two billion 'people ? Who will say that times change and that by practicing miserabilism, negrophobia, contempt again and again, we miss the inevitable change of those who we only ever see from the angle of a less evolved race? , and therefore, of an atavistic docility and servility. By pursuing this policy inherited from former slavery practices, the European Union risks definitively losing the fundamental values ​​that presided over its construction. One of our African friends summed up the situation: ''Imagine that your wealth and your currency are managed by a foreigner who fixes the prices of your raw materials, uses them to ensure his own development, but closes the door in your face when you come get pittance''.

When Africa, its Afro-descendants and diasporas, what we call Africa Mundus, truly emancipate themselves from organized tutelage, what will become of Europe?

An embarrassed deaf-muteness took hold of most of the European leaders concerned with the exception of Luigi Di Maio who shouted down France in its immigration policy and added with mockery that the CFA Franc remains the ''Franc des French Colonies''. The value of the CFA Franc, at a fixed parity with the euro, is guaranteed by the French Treasury under the Maastricht Treaty. For information, the Banque de France has the Franc-CFA printed in Chamalières, a good town in the French province.

In 2015, Kako Nubukpo, Togolese government minister, criticized the Central Bank of West African States for maintaining the CFA Franc; then the President of Chad Idriss Deby, declares in substance that the F-CFA must be convertible and that the old clauses will have to be renegotiated in the interest of Africa but also of France'' and that is without taking into account this ACP [Africa, Caribbean, Pacific] – EEC [European Economic Community] Convention, which in reality mainly benefits Europe.

At a time when Asians, Americans, Indians, Russians line up to woo Africa, anything is possible. Imagine a sudden rise in the price of raw materials essential to Europe as in 1973 when OPEC fixed the price of oil?

At a time when European populations are refusing opaque and technocratic management, particularly on the migration issue, is it not time to also review agreements and other exchanges with Africa? This subject, debated in the networks of Africa Mundus, is supported by NegroEvolutionists who have opened the debate to European overseas territories. The networks propose the establishment of an economic and societal concordat, loyal and finally fair, to build partnerships instead of the current monopolizations, and this, to put an end once and for all to the exchanges inherited from the time of Christophe. Columbus and Vasco da Gama, when savages were bought off with beads.

For their development, the Africas already call back their nationals whose expertise benefits others. The time when natives carried Europeans on their backs is over. ''The air of counting on us is giving way to the era of counting on us'', as certain nations seem to have understood, which do not bother with scruples and that pragmatism, in a context of ultra liberalism where everything is sold, even men, is more of an opportunist strategy than fair trade. This fair and equitable concordat that Europe must develop with its African partners must therefore be different from the mercantile cynicism of the wheeler-dealers; its terms must take into account standards jointly established but never imposed.

Given the cultural interpenetration, the undeniable historical, political and intellectual links, Europe has a definite asset to build with Africa a co-development beneficial to all.