Boris Johnson: After Brexit, the Commonwealth? 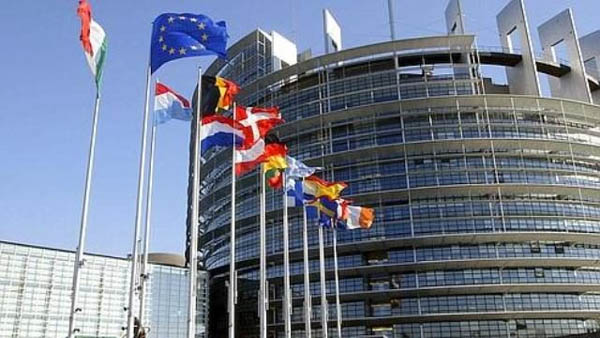 In The Sunday Express of March 18, 2018, Boris Johnson praised the Commonwealth representing and bet on its economic emergence. By emancipating itself from a Europe that is struggling to question itself, at a time when the new centers of economic decision-making are moving towards Asia-Pacific, BoJo knows where London is located to undoubtedly become one of the the most liberal financial centers.

In this writing, Emmanuel Argo sees in Brexit not an “anti-European posture, but rather a protectionist, anti-immigration movement”.

According to a March 18, 2018 article by British Foreign Secretary Boris Johnson in The Sunday Express, the Commonwealth Forum to be held in London from April 16-18, 2018 will be on an unprecedented scale compared to to the one held in 2007 in Uganda. See Commonwealth summit.

Thus the British are betting that Brexit will open the way for them to a new, largely promising future, thanks to the existence of the Commonwealth, this intergovernmental organization both historical and economic which brings together the former colonies of the British Empire. This federation of 53 member countries spread over 5 continents represents a population of more than 2.4 billion people whose average age is under thirty. It also constitutes a third of the world's population.

These populations are linked in particular by their history and the English language, but also by the democratic principles and rules of law found through the institution of the Commonwealth.

According to him, Brexit offers good economic opportunities; true or false ? His arguments weigh in favor of the truth.

Intra-Commonwealth partnerships already exist, and by betting on the emergence of India, Boris Johnson knows where and how the London financial center is located. Leaving European constraints means having free rein to emancipate oneself from a Europe that is struggling to question itself, at a time when the new centers of economic and soon political decision-making are moving towards Asia and the East.

Today, even former French colonies, such as Algeria or Madagascar, are on the waiting list to join the Commonwealth. It is therefore proof that this institution dating from the middle of the 20th century has a promising future.

Since 1972, again according to the Minister, with an annual average of 4.4%, the Commonwealth has experienced economic growth twice as fast as that of the countries of the European Union and today it represents a GDP of 10 .5 billion dollars and weighs 4% of the world economy.

Therefore, I consider that the departure of Great Britain from the EU is certainly regrettable, but the democratic game of the kingdom has decided it so; Alea jacta est!

Let us therefore respect the sovereign decision of the British people, especially since it is not so much an anti-European posture, but rather a protectionist, anti-immigration movement, which is explained by the fear of a population, many of whom live in precarious conditions and therefore do not plan to share public aid which is becoming scarce.

Even if Great Britain made other choices, I think that the European Community was sanctioned by this vote for its flagrant deficit of true social solidarity. Will this Brexit be a lesson to him?

As the Commonwealth takes a new turn and a new dimension, as countries flock to join this more open and forward-looking organization, as London, strong in its networks, its language and its banking power is betting on counting in a new world order, if the notion of human solidarity is not included in this new impetus, we will witness a rapid loss of steam.

The democratic and solidarity dimension of any project guarantees its longevity.

Furthermore, as for France, by having the project to establish economic partnerships with India, this "mastodon" of the Commonwealth, isn't it cleverly getting closer to it? It is a fact that President Macron who was on an official visit to New Delhi recently was warmly welcomed.

Just as Brexit paves the way for a new era between the British and the other members of the Commonwealth, nothing prevents France, the flag bearer of the Francophonie, from undertaking tripartite partnerships that include Great Britain and its former colonies; these are sometimes geographically close and this is the case, for example, of the islands of the Caribbean, of the islands located in the Indian Ocean, of Saint-Pierre and Miquelon close to Canada and, within a same continent, the case of Nigeria and Benin.

These territories have continental, marine and underwater resources essential to the economic development of the partners.

From this observation, I propose that between France and Great Britain a new cordial agreement be created, based on a partnership for economic and societal development. Among the objectives or constituent elements of this cordial understanding, we could see research, a training program, the preservation of natural resources and their protection, the rational exploitation of fishery resources and the security of the oceans in the regions of Africa, the Caribbean, the Indian Ocean and the Pacific also including the overseas islands. For the latter, priority would be given to areas where the development of sustainable energies must be reinforced and where the risks of natural disasters are the highest, without forgetting the consequences of global warming such as the rise in the level of the oceans, areas uninhabitable coastlines, the proliferation of Sargassum algae, etc.

What France and Great Britain also share, because of their past, is the reception of a large number of nationals from their former colonies, most of whom have become economic migrants. Far from being a weakness, it is a strength. These populations who work in all sectors economy send money to their families back home – what I named Remitt@nces2. The taxes levied by companies specializing in money transfers on these Remitt@nces constitute an important financial windfall from which savings can be built up, either for local development or to facilitate the return and settlement of migrants. .

In addition, depending on the countries, regions or territories concerned, some work could be partially financed both by international development aid and by a Remitt@nces tax levied on the turnover of the sending companies and money transfers.

Remitt@nces Bonds could also be used like the Diaspora Bonds known in Cape Verde, Ghana, Kenya, the Philippines, Mauritius and India.

Such an agreement, which would not distance Great Britain from the historical and closer circles of the EU either, could initiate new major projects and infrastructure works in more than half of the countries of the planet. To do this, their financing could partly come from a tax levied on the turnover of port operating companies exporting all minerals, unprocessed raw materials and semi-finished products outside the African continent. This perspective of equitable partnership can find a favorable echo both with member countries of the Commonwealth and with French-speaking countries in Africa. This agreement would also aim to slow down economic migratory flows by creating stable and favorable environments: civil and social peace, economic recovery and development, job creation. A harmonized minimum wage and generalized individual medical protection or “Commonwealth care” should be put in place for these purposes.

In a context of nationalisms that are shaking the foundations of the European Union, simple intelligence commands us to anticipate them by proposing to open up new perspectives that can unite and not divide. The Commonwealth would therefore not be an opportunity for Great Britain alone, but also for France and the rest of the European Community.

Emmanuel Argo, is a Fellow of Chatham House: Royal Institute of International Affairs/London and of the Historical Society of Oxford University. United Kingdom. Advisor to AFCHAM China: African Chamber of Commerce - Shanghai. He is the author of the name Africa Mundus, designating all 5 African regions plus the sixth extracontinental representing 350 million Afro-descendants and diaspora, adding to a population of 1.300 billion people spread over the African continent.

Co-author of three books with “The Institute for Business Innovation” of the University of Pretoria in South Africa: *Conflict and governance: NEPAD, South Africa and Africa: ISBN O-620-34809-7 in 2005 *NEPAD and the African Renaissance, ISBN: 0-620-32510-0 in 2005. *Regional Integration Economic Partnership Agreements for Eastern and Southern Africa. ISBN: 978-0-620-38462-9 in 2007. This book deals with the possibilities of economic partnerships between the European Union and its remote French overseas regions, the countries of the Commonwealth of Southern Africa, French-speaking countries, as well those of the OECS (Organization of Eastern Caribbean States) and MERCOSUR (Latin American Common Market) also offering opportunities in the Mesoamerican sphere. . Prefaced Roger Yomba's book entitled: Who Threatens Peace and Stability in Africa? ISBN: 978-2336-00607-9, is the author of: Nelson Mandela and the Birth of the New South Africa